The Law and Judge Lynch

This book takes a historic look at Murder in Johnson County during the period of 1812 to 2012, the first 200 years since the county was formed in the Illinois Territory.  The Law and Judge Lynch - 200 Years of Murder in Johnson County, Illinois, is published by Ed & Diane Annable.  These authors have spent three and a half years researching court records and early news accounts to produce this 327-page comprehensive account of historic murders in Johnson County.  An appendix contains James Rose's account of The Flatheads and Regulators.

There were six murders in Johnson County during the year 1899 that overloaded the courts.  In addition, the two trials concerning the well-publicized Carterville Mines Murder Trials were brought to Vienna.  The Illinois Militia stood guard in Vienna during those two trials.  That same militia was called out again in 1910 to stop a vigilante lynching over a murder.

This book compares the vigilante lynching of Lannes Patillo in 1868 with the Court supervised hanging of Harrison Burklow in 1878.  It also looks at James Arnett, the man who seemed to always get away with murder.  He was then murdered in 1891.  The total count of murders in Johnson County is well over one hundred.

Click to see
TABLE OF CONTENTS FOR THIS BOOK
HOME 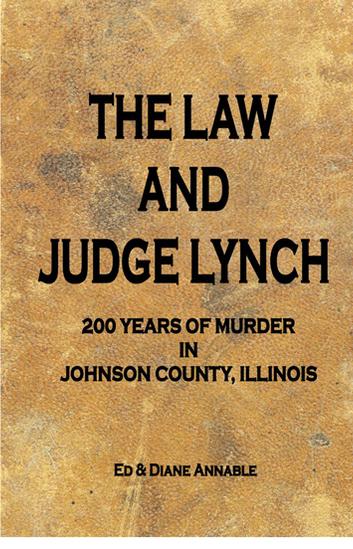